Alexandria Ocasio-Cortez is Under Investigation by House Ethics Committee

Socialist Congresswoman Alexandria Ocasio-Cortez is under investigation by the House Ethics Committee according to a statement issued on Wednesday.

Although a specific reason wasn’t given, Forbes noted that “typically, when that office forwards an investigation, it is because the office has reason to believe an ethics law was broken.”

The statement, which did not provide many details about the inquiry, said that the panel will announce its course of action after its organizational meeting in the next Congress, sometime in 2023.

A spokesperson for Ocasio-Cortez said that she was confident that the case would be dismissed. “The Congresswoman has always taken ethics incredibly seriously, refusing any donations from lobbyists, corporations, or other special interests,” the spokesperson said in a statement.

The nonpartisan Office of Congressional Ethics forwarded its inquiry into Ocasio-Cortez to the House ethics panel in June, according to the report. Typically, when that office forwards an investigation, it is because the office has reason to believe an ethics law was broken. Wednesday’s statement, attributed to acting Chair Susan Wild (D-Penns.) and Ranking Member Michael Guest (R-Miss.), says the disclosure of the investigation “does not itself indicate that any violation has occurred, or reflect any judgment on behalf of the committee.”

Check out my reaction below:

BREAKING: Alexandria Ocasio-Cortez is Under Investigation by House Ethics Committee.

Just what I’d expect from a communist! 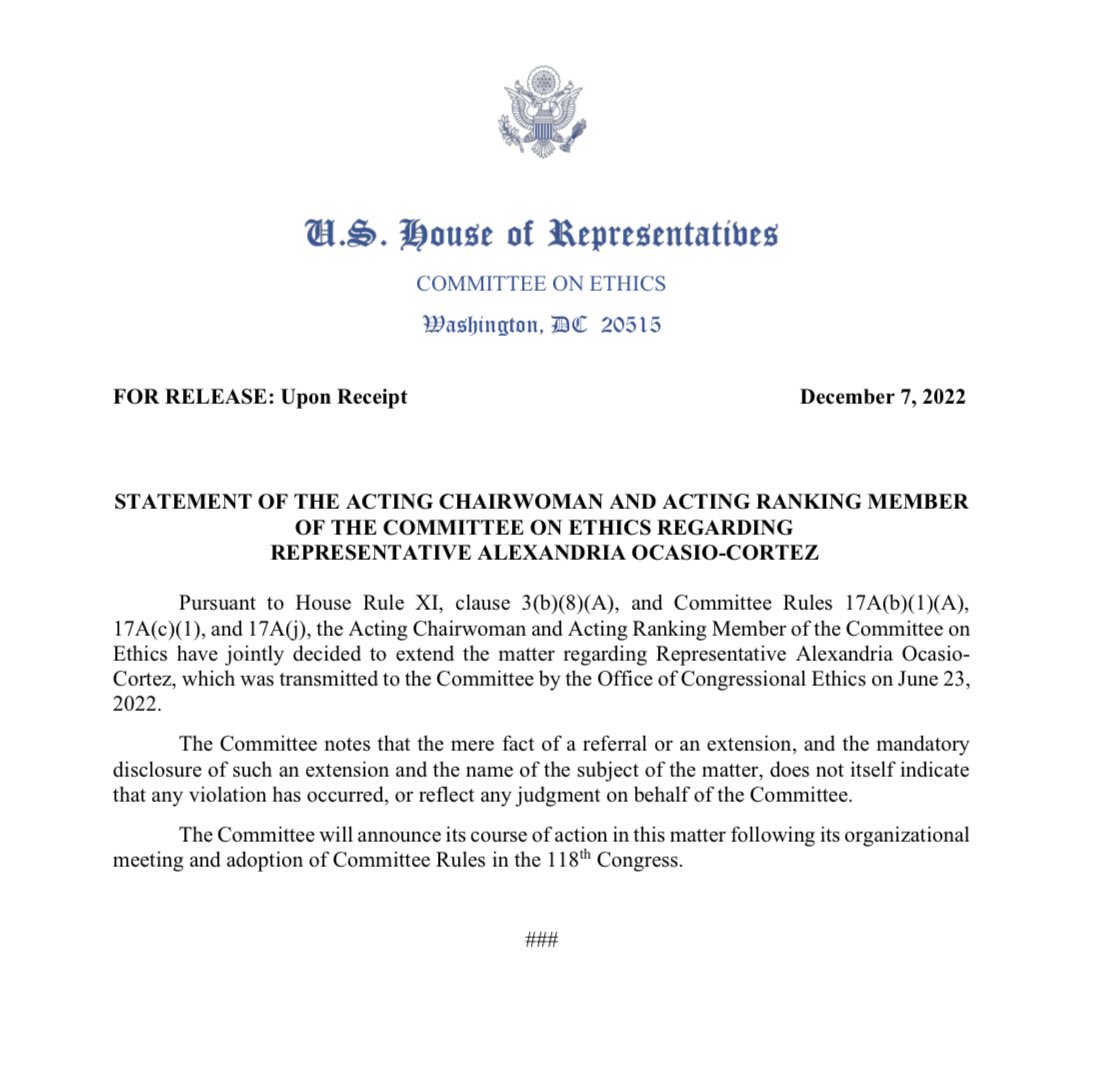 This is a breaking story. Come back for updates.