BREAKING: Elon Musk Will Step Down If He Loses New Twitter Poll

On Sunday afternoon, Elon Musk launched an eyebrow-raising Twitter poll asking if he should step down as head of Twitter. To make things even more interesting, Musk says he will abide by whatever the poll says.

Should I step down as head of Twitter? I will abide by the results of this poll.

At the time of writing this article, the poll had already garnered over 900,000 votes and he was already losing: 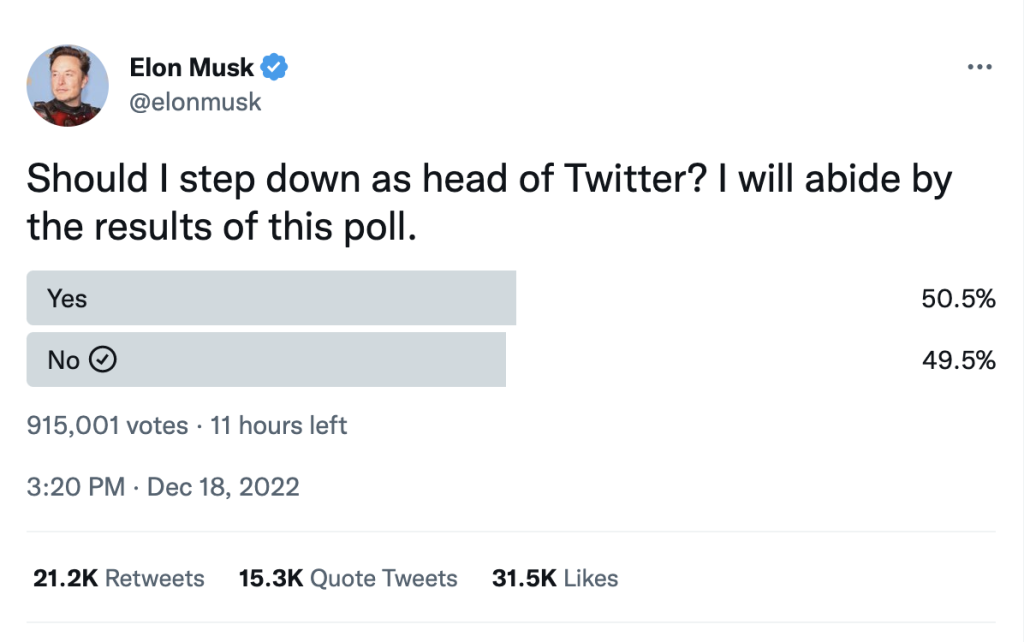 Twitter needs you or else it will become ruled by the libs and FBI again.

I suspect Elon already has his replacement selected and this is just a poll to make it seem like we are deciding. 😂

Only if someone more capable and reactive to real time feedback can be put in charge. Otherwise, no.

Elon is keeping the poll up for 12 hours. We will update you when the final results are in…