The actress from “Full House” Jodi Sweetin was shoved by Los Angeles Police Department officers this weekend as she lead a ‘peaceful’ protest onto a busy highway, disrupting the public and causing mayhem. She was protesting a Supreme Court decision that overturned the abortion decisions in Roe v. Wade and Planned Parenthood v. Casey, thereby kicking abortion restrictions back to each of the states – giving each state the power to make their own decision.

The partial video, caught by photographer Michael Ade, shows Sweetin being shoved by officers and falling to the ground as she was demonstrating on the Los Angeles highway and blocking traffic.

“It pained me to see [Jodi Sweetin] thrown to the ground by members of the LAPD as she was trying to lead a group of peaceful protestors away from the freeway…SMH,” Ade mentioned in the post. “[Los Angeles Police Department headquarters] what are y’all doing?”

“Jodi is the definition of a real one and fortunately she’s okay!” he added. “But for others who choose to protest today move with caution and keep your head on swivel. It’s going to be a very long summer.”

Sweetin stated to Fox News that she was demonstrating against “giant injustices” issued by Supreme Court.

“I’m extremely proud of the hundreds of people who showed up yesterday to exercise their First Amendment rights and take immediate action to peacefully protest the giant injustices that have been delivered from our Supreme Court,” the 40-year-old declared.

“Our activism will continue until our voices are heard and action is taken,” Sweetin added. “This will not deter us, we will continue fighting for our rights. We are not free until ALL of us are free.”

Singer P!nk, whose real name is Alecia Beth Moore, tweeted that she no longer wanted pro-life Americans to listen to her music following the decision.

“Let’s be clear: if you believe the government belongs in a woman’s uterus, a gay persons business or marriage, or that racism is okay- THEN PLEASE IN THE NAME OF YOUR LORD NEVER F***ING LISTEN TO MY MUSIC AGAIN,” she posted on social media. “AND ALSO F*** RIGHT OFF. We good?” P!nk added. 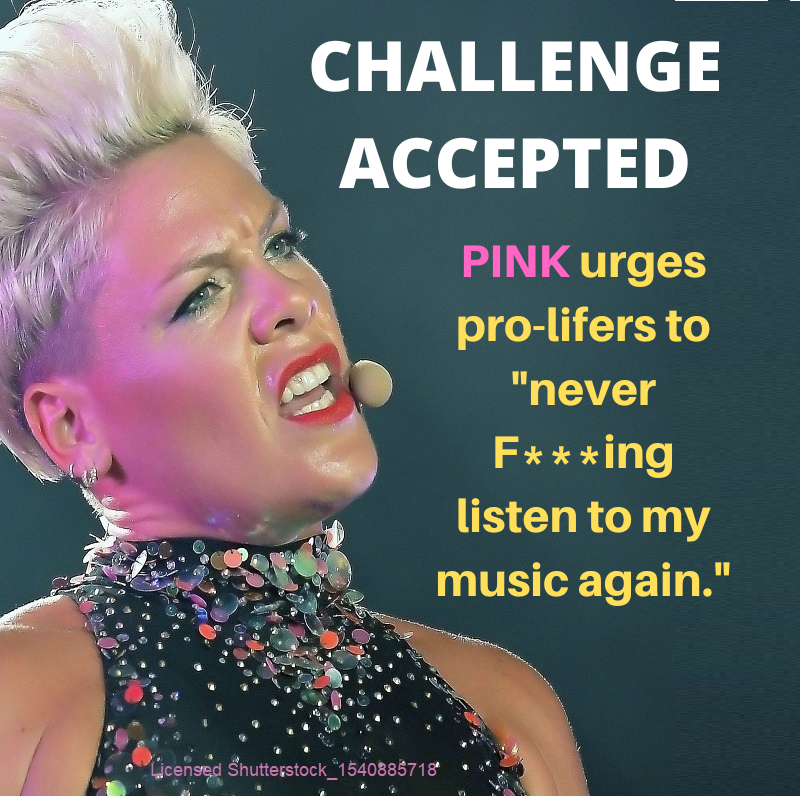 Pro-life Americans and other activist groups, however, were delighted with the decision.

“Today marks an historic human rights victory for unborn children and their mothers and a bright pro-life future for our nation,” said Marjorie Dannenfelser, the President of Susan B. Anthony Pro-Life America. “Today the Supreme Court, in line with modern science and overwhelming public consensus, recognized the truth in every mother’s heart and that pro-life advocates have argued all along: unborn children are human beings, deserving of protection.”

“Get A Real MD”: Megyn Kelly Takes Blowtorch To Jill Biden After CBS Calls Her A “Doctor”