JUST IN: Musk Confirms Actions Twitter Took Leading up to the 2020 Election was Evidence of Election Interference

Shortly after the release of the 3rd round of Twitter Files on Friday evening, Twitter CEO Elon Musk confirmed that the actions taken by Twitter leading up to the 2020 election was clear evidence of election interference.

The comment from Musk came in response to a tweet from Judicial Watch president Tom Fitton who tweeted: “Breaking: @ElonMusk @Twitter Files show Twitter activist employees, without basis, suppressed and censored the President of the United States, @realDonaldTrump in the days before the 2020 election. This is damning evidence of election interference.”

Musk later replied, confirming that the evidence released in the Twitter files was proof of election interference.

“Unequivocally true. The evidence is clear and voluminous,” Musk tweeted.

Unequivocally true. The evidence is clear and voluminous.

BREAKING: Elon Musk confirms that the actions Twitter took leading up to the 2020 election was evidence of election interference.

Will the media report on it now?

Friday’s release of the “Twitter Files” proved that former Twitter executives like Yoel Roth met with the FBI, DHS and Director of National Intelligence to flag stories they deemed to be “unsafe.”

Yes, the same government entities that tried to frame Trump at every turn.

21. Roth’s report to FBI/DHS/DNI is almost farcical in its self-flagellating tone:
“We blocked the NYP story, then unblocked it (but said the opposite)… comms is angry, reporters think we’re idiots… in short, FML” (fuck my life). pic.twitter.com/sTaWglhaJt

Here are more screenshots of some of the slack communications: 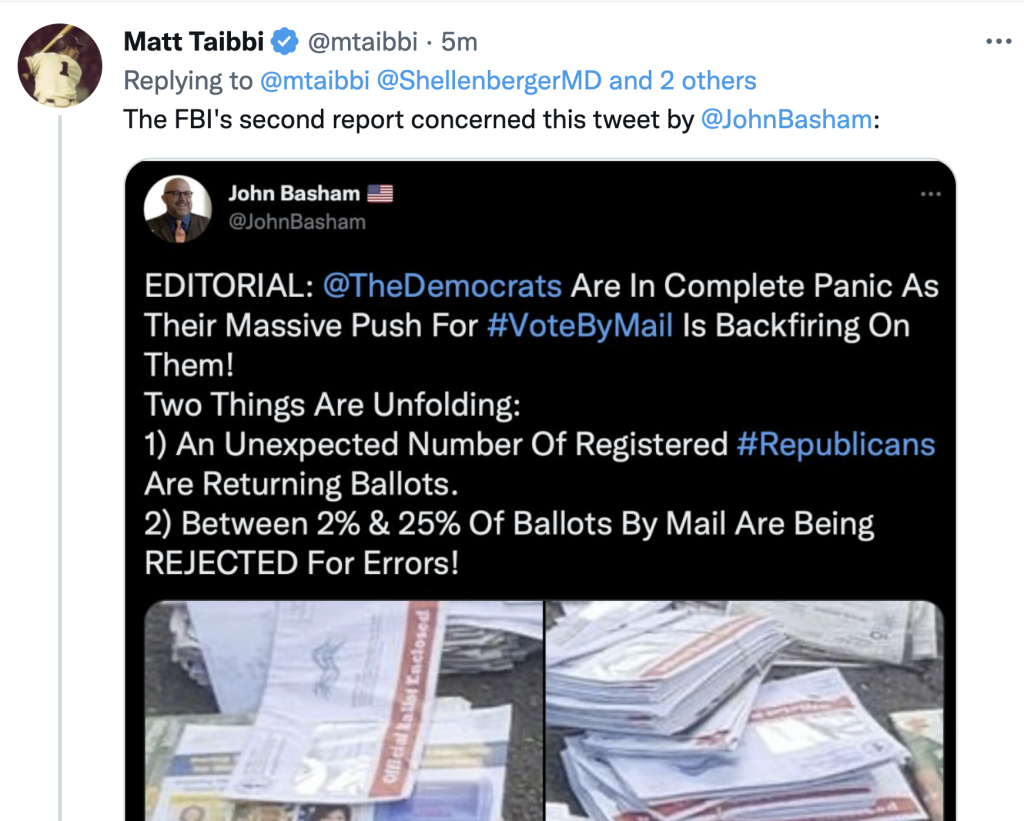 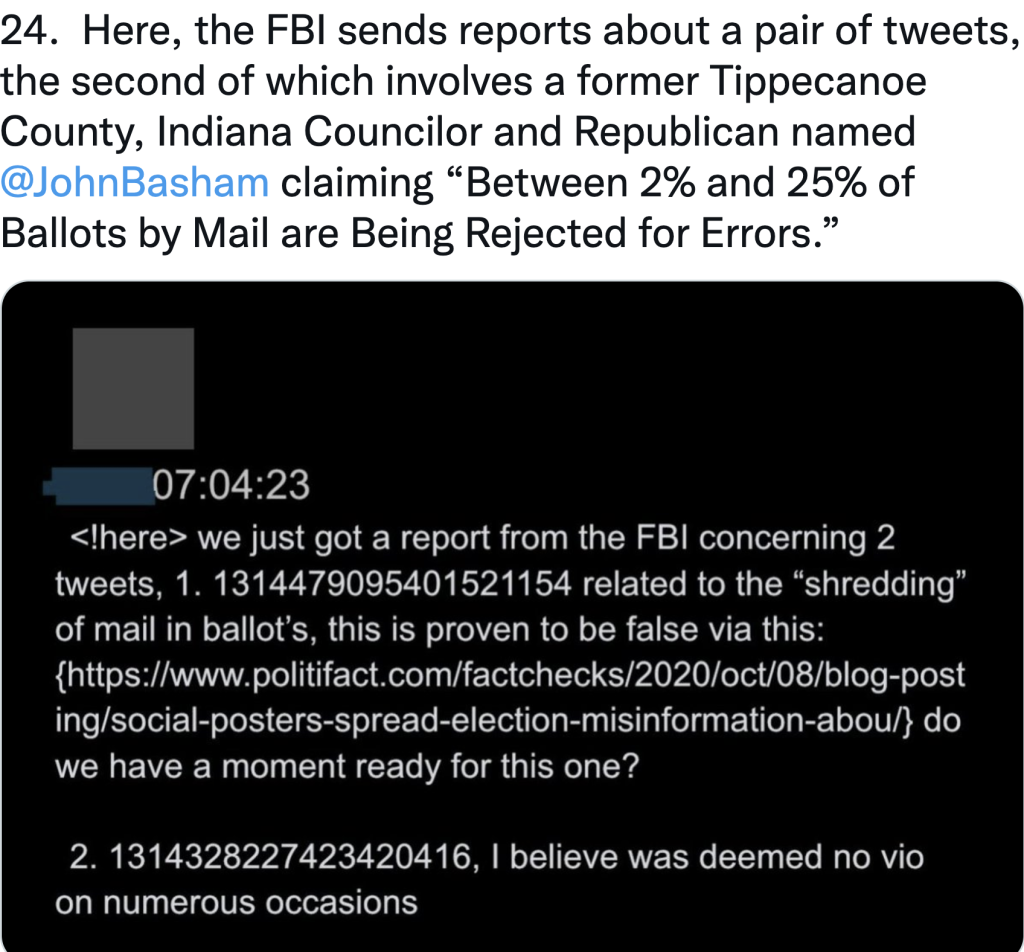 Taibbi then followed up with another example of FBI flagging stories that were 100% factual….

25. The FBI-flagged tweet then got circulated in the enforcement Slack. Twitter cited Politifact to say the first story was “proven to be false,” then noted the second was already deemed “no vio on numerous occasions.” pic.twitter.com/LyyZ1opWAh

Executives at Twitter can be shown censoring a Trump story about mail-in ballots just one week before the election. These decisions were apparently made quickly and on the fly. In the thread below, they can be seen celebrating how fast it got done. 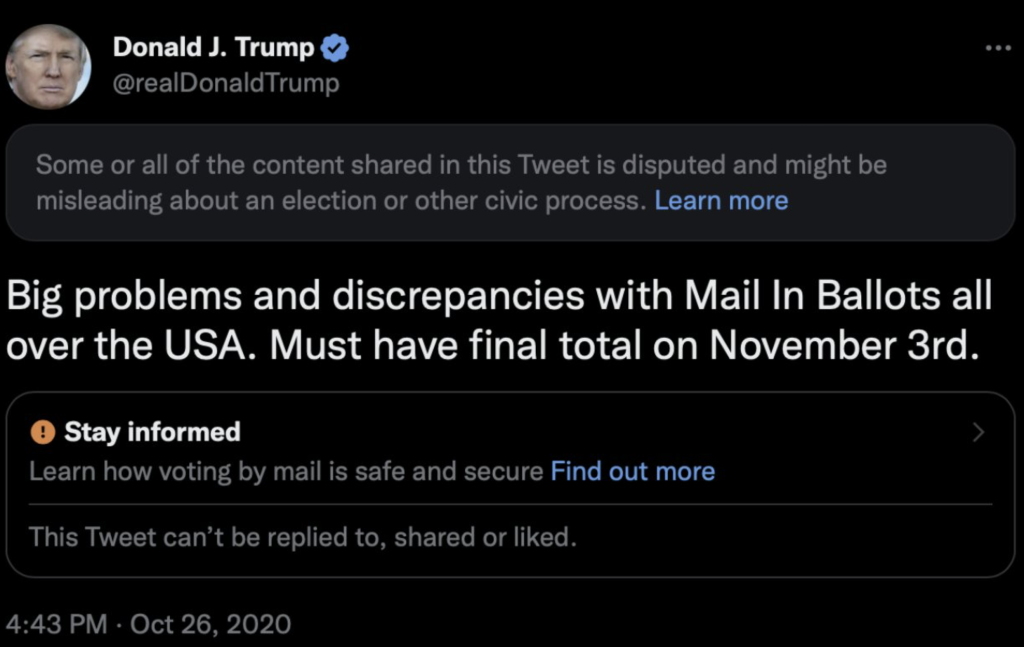 “WELL DONE ON SPEED”, they said shortly after altering his post. Look below: 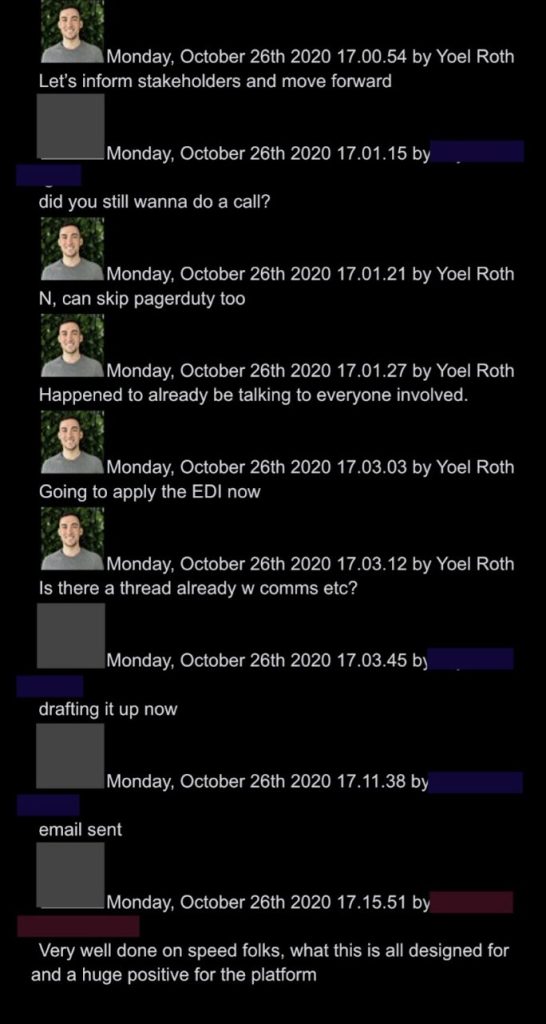 As you can see from the final message in that thread, they suggest censoring Trump is a “huge positive” for the platform.

And keep in mind, this is one week before the election. Twitter clearly colluded in the 2020 election and we have more proof than ever.

36. “VERY WELL DONE ON SPEED” Trump was being “visibility filtered” as late as a week before the election. Here, senior execs didn’t appear to have a particular violation, but still worked fast to make sure a fairly anodyne Trump tweet couldn’t be “replied to, shared, or liked”: pic.twitter.com/E0bkjISGBj