The ‘Let’s Go Brandon’ saying is one-year-old, here’s how it started (video)

Have you been on social media for more than five seconds in the last year? Well, if that answer is yes, then you’ve probably seen videos of people saying ‘let’s go Brandon’ and wondered what it is and how and where it started! Well, for starters, it’s the safe for work version of saying ‘f*ck Joe Biden’ and it’s how people insult the president without getting flagged for profanity and having to censor themselves in public. For example, if you’re at the supermarket and want to yell ‘f*ck Joe Biden’ but there’s kids around, then you’d say ‘Let’s Go Brandon’ instead and no one would be mad at you unless it was a blue-haired Karen who can’t take a joke.

Today is the 1 year anniversary of the greatest moment on live TV pic.twitter.com/dRznCaQUcG

What happened on the day that ‘Let’s Go Brandon’ originated? Well, it all took place in a NASCAR race back on October 2, 2021, specifically the NASCAR Xfinity Series race. Brandon Brown had just won the race driving #68 Chevrolet – one number away from my personal favorite number. This was in Talledega and he was being interviewed after the race. Some of the fans were yelling “f*ck Joe Biden” and the lady interviewing him said they were saying “let’s go Brandon” – and this was either on purpose or she had no idea.

It’s possible she covered it up so it was more family friendly on television, which was a super professional thing to do and she should be given a raise for how fast she thought of that. Or there’s a slight chance she just didn’t hear what the fans were actually saying and took a guess.

Whether you like Joe Biden or not, the one thing you can’t ignore is how bad he and Kamala Harris are doing, but at least we have a funny chant to give us comic relief from this terrible administration who is failing America! Next time you’re a football game or other sporting event, don’t be surprised if there’s a section of the fans who start yelling “let’s go Brandon” and it gets LOUD! We have about two more years left of this failed White House, so embrace the humor and pray for the best!

GET YOUR LET’S GO BRANDON GEAR BEFORE IT RUNS OUT 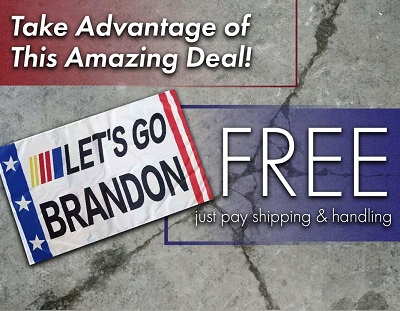 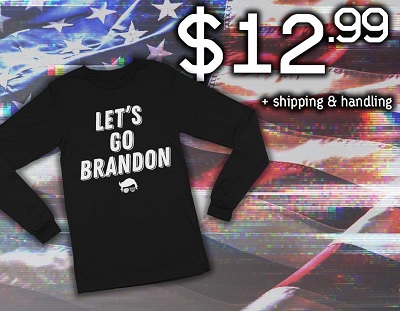