On Thursday, Republican representative Matt Gaetz shocked the House of Representatives when he casted his vote for former President Donald Trump for speaker.

The vote by Gaetz comes as House Republicans continue to battle over who should become the next speaker of the House.

Former President Trump has vocally expressed his support for McCarthy however things may be changing soon.

“Very good things are happening behind the scenes for the Republican Party,” Trump said on Wednesday in a Truth Social post. “Intense but Smart negotiations between GREAT and PATRIOTIC people are ongoing. They all love our Country, and want something to go forward, ASAP. This “event” will end up making the Republican Party STRONGER and more UNITED than ever before. OUR NATION IS AT STAKE. Stay tuned and, MAKE AMERICA GREAT AGAIN!”

He followed up this morning by indicating that he expected progress to be made “today.”

“I actually think that a big Republican VICTORY today, after going through numerous Roll Calls that failed to produce a Speaker of the House, has made the position & process of getting to be Speaker BIGGER & MORE IMPORTANT than if it were done in the more traditional way, much like me again becoming President after having won big in 2016, gotten many Millions of MORE VOTES in 2020 but “supposedly” not winning (BIG LIE!), & then winning again in 2024. It will be BIGGER than the traditional way!”

In a hilarious change of events, the former president appeared to endorse himself for Speaker by sharing a hilarious photo of him in the Speaker chair to Truth Social.

Check it out below: 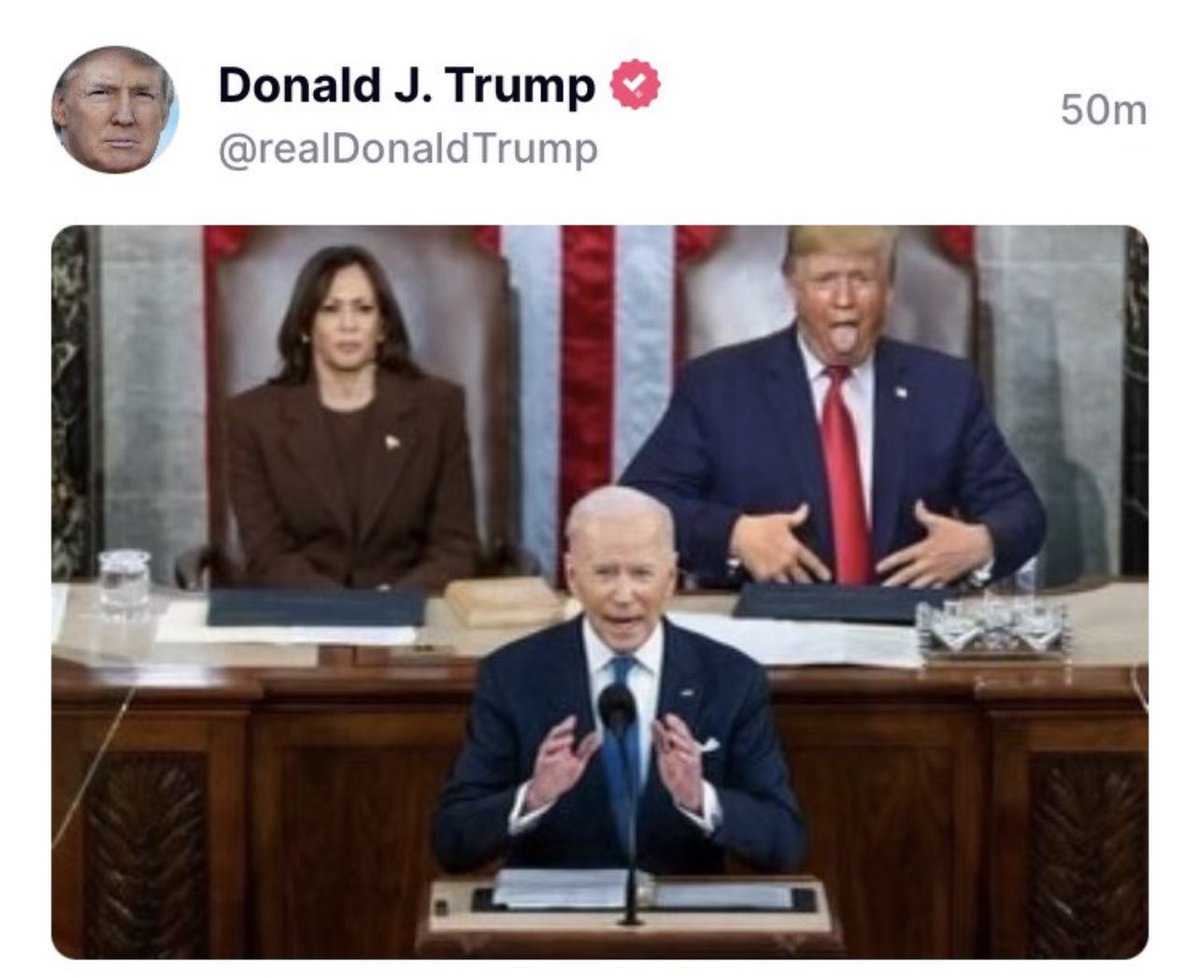 JUST IN: Trump just shared this on Truth Social.

Although it is very unlikely, there is a small chance Trump could become speaker considering the speaker does not need to be an active member of the House.

While casting his vote for speaker on Thursday, Gaetz yelled: “Donald Trump!”

He was met with groans from the audience.

Check out some reactions:

That snide look from Marjorie, come on girl. You like the idea too

Gaetz has been leading the charge against McCarthy as the House continues to search for the next speaker.

On Wednesday, Republican Representative Matt Gaetz sounded the alarm about Rep. Kevin McCarthy, warning that the representative was “losing it” as several Republicans in the House are refusing to allow him to become speaker.

Yesterday, the House voted three times on selecting a new speaker however every vote failed for McCarthy.

In a tweet, Gaetz claimed McCarthy had texted a colleague that he was ready to “fund an endless war.”

“McCarthy is losing it,” Gaetz tweeted. “He texted one of my colleagues who didn’t vote for him: “I am ready to fund an endless war” I’m assuming this is in *addition* to Ukraine.”

McCarthy is losing it.

He texted one of my colleagues who didn’t vote for him:

“I am ready to fund an endless war”

I’m assuming this is in *addition* to Ukraine.